This mod forces chosen characters to use their non-assault speech lines. This only affects your own game - all other players will still continue to hear the normal assault lines from your character and everyone else.

But why? Although Undeadsewer's useful Heister Voice Changer mod already exists, I chose to create this mod anyway to provide a compromise: less annoying speech lines without outright replacing a character's voice. An unintentional but positive side effect of this is that the affected characters usually seem more calm and professional than they were before. But that's a subjective claim, I suppose.

No. Just stop that, Clover. It's really annoying.

(you will be prompted to download this in-game if it is not installed. All dependencies must be installed for this mod to function) 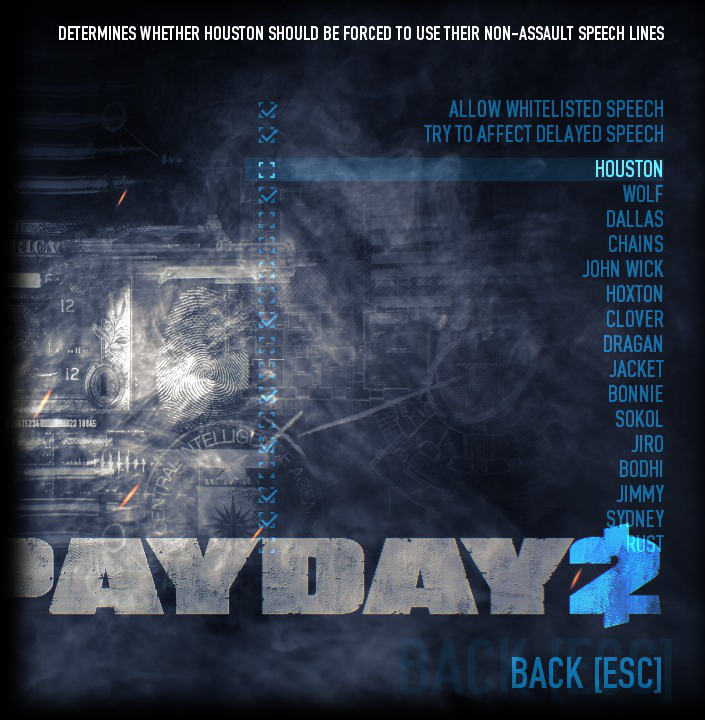 Installation of the mod is straightforward - simply install the mod the same way as any other BLT mod. This mod integrates its options menu as a submenu of BLT's Mod Options menu.